You have not added products to the cart yet.

Hydrate the Tiyapuy organic quinoa for 5 minutes ⏰ covered in cold water. After this time drain and put in a pot with the Big Cola and the water, bay leaf, thyme branch, sultanas, raisins and a pinch of salt.

Bring to a boil and immediately lower the heat to low, cook until all the water is gone.
evaporated, turn off the heat and cover without moving for 10 minutes. Then, grain with the help of a carving and unsalted butter 🧈, add the liquid with the saffron and stir to dye, we want some dyed grains of quinoa and other white ones to come out.

Cut the smoked bacon into very fine pieces and in a pan toast the bacon slowly, adding a teaspoon of water at the beginning to help it cook evenly. Once it is crispy and golden, remove from the pan and add the butter to it (pan) and sweat the onion 🧅 and garlic 🧄 until they are translucent. Put the point of salt, pepper and add the thyme leaves.

Cut the dry quinoa paste into small pieces, toast with the oil in a frying pan until crisp. Also, toast the pecans in a hot oven at 150 ° C for 8 minutes, in approximately 2mm pieces. Finally, toast the pine nuts in a pan, stirring constantly so that they toast very even 🙌.

This recipe comes thanks to our chef: @diegomunozchef

Follow us for contests, promotions, tips and more: @tiyapuy_foods 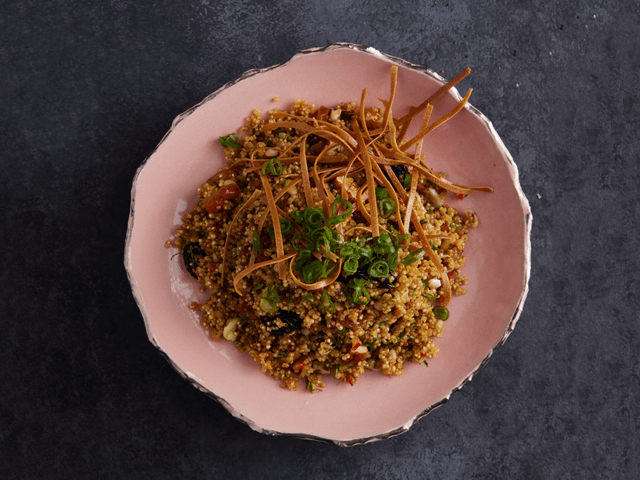 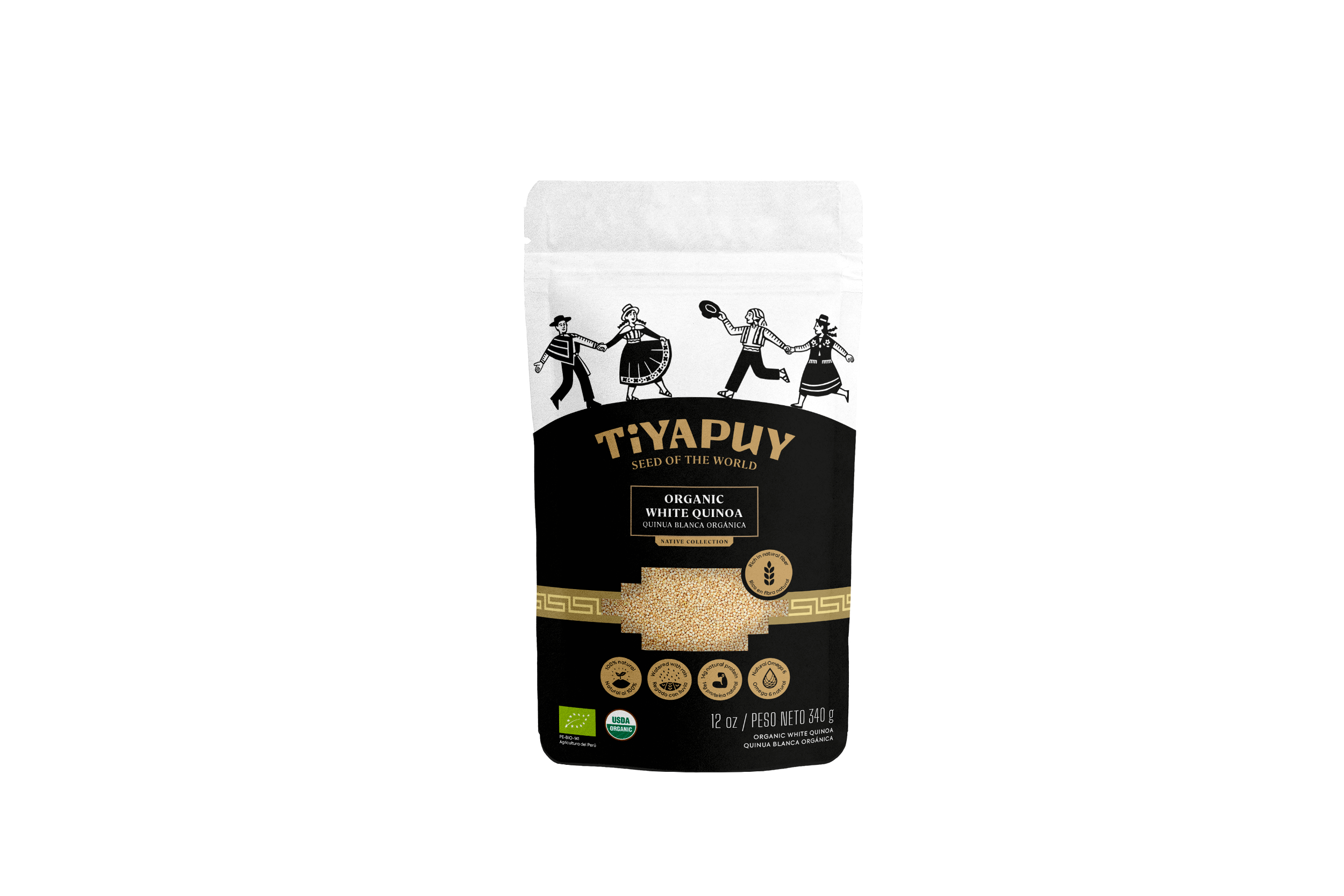 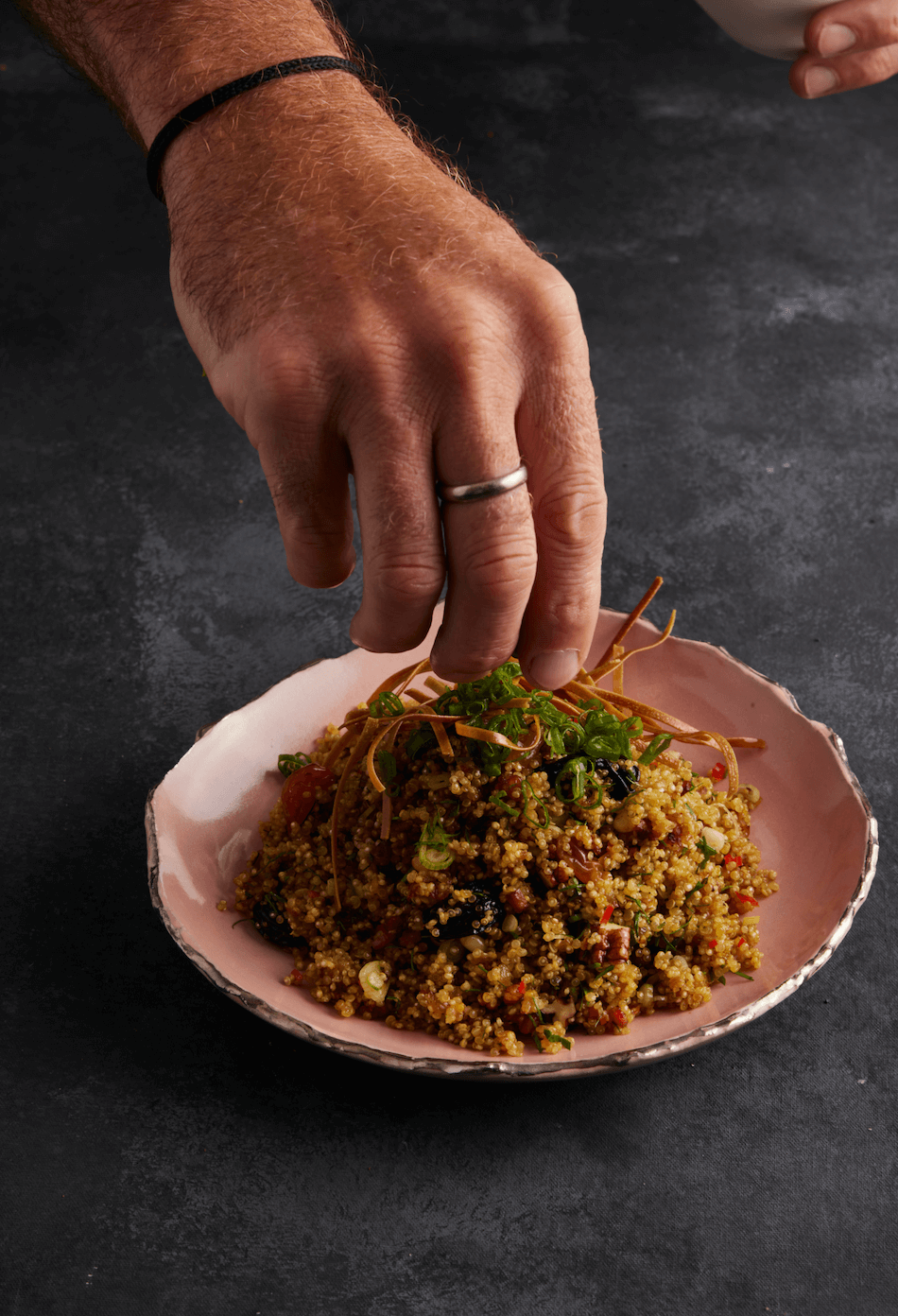